They Came, They Saw, They Went Home Again

Larry Klayman’s Reclaim America Coalition, which converged in a park across from the White House yesterday to begin a “second American Revolution,” didn’t succeed in getting the “tyrant evil fool” President Obama to “come out with his hands up” and agree to “leave town,” as he had promised.

Not even Klayman’s call for U.S. Rep. John Boehner (R-Ohio), “the half-sober House speaker,” to return “to his tanning salon in Georgetown” was heeded.

But, drawn by a roster of almost 25 leading luminaries of the far, and sometimes completely nuts, right, the event did draw about 100 people, according to reporters who were there. Some people with the kinds of ideas that Klayman espouses might have been pleased with that turnout, but an optimistic Klayman had promised that at least 2 million would attend. That’s 20,000 times the number that actually did.

Rally organizer Larry Klayman in glasses at the podium. (Photo by Dan Chung)

This may be the end of Craig Cobb in Leith, N.D. 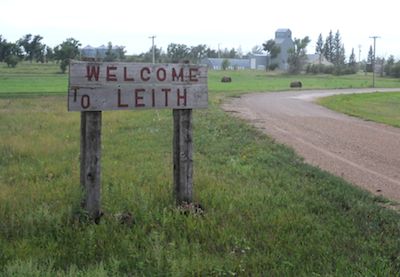 The infamous anti-Semite was arrested last weekend and charged with four felony terrorizing counts after he confronted several town residents while brandishing a firearm, the Grant County Sheriff’s Department said.

Both Cobb and Dutton are being held in the Mercer County Jail in Stanton, N.D., where they were awaiting a hearing this afternoon to determine bail. If convicted of all charges, Cobb and Dutton face a minimum of eight years in jail.

Cobb, who could not be reached for comment, earlier told The Bismarck Tribune that he and Dutton were patrolling the town because of acts of violence against them, including someone trying to run over two of Cobb’s pit bull puppies. State’s Attorney Todd Schwartz told the paper that an investigation showed that recent acts of vandalism at Cobb’s house appeared to have been committed by the white supremacist’s own supporters.

The arrest comes after months of turmoil since Hatewatch reported in August that  Cobb was seeking to create an enclave of racists in Leith. First, members of the National Socialist Movement (NSM) came to the town to rally and fly racist flags.  Then, last month, Dutton was removed from a city council meeting after he arrived drunk and disruptive. But somehow, up until now, Cobb has managed to stay above the fray.

That changed this weekend.

Leith Mayor Ryan Schock said Cobb had been out of town recently but that after returning from an appearance on The Trisha Goddard Show – where he had agreed to a DNA test that showed he was 14% sub-Saharan African – he returned combative. On Friday, Schock said, Cobb was walking up the street “raising hell” with a rifle, stopping vehicles and yelling.

“He was going up to people’s vehicles and hollering at them, anyone that was walking up the street, telling them to get the hell out of town,” Schock told Hatewatch today.

When asked if he had any comment about Cobb’s arrest, Schock added, “About damn time we got him in the can.”